An introduction into the companions of Saint Nicolas

Companions of Saint Nicolas are a common feature of the tradition in many regions of Europe, any website on Saint Nicolas needs therefore to start with some background information on these figures.

The companion of Saint Nicolas is often pictured as a dark and even threatening creature. Its darkness, that dates to pagan times, symbolizes a number of aspects: winter, night and darkness. During Christianisation under the growing influence of the church, these companions became additionally associated with evil. Albeit not itself evil, the figure was seen as a messenger bringing evil into the open so that it could be punished and transformed into something good. On the other side, Saint Nicolas represents the summer, the day, light and goodness. His full attire and appearance reflect this, a white beard and hair and finally his white robe.

Both Saint Nicolas and his companion can be impersonated by anyone irrespective of their skin colour as the white and black of the Saint and Pete does not bear any relation to a particular skintype. And although Pete paints his face black this is only a cheap form of masquerade, a very ancient method, and not unique to Black Pete. It is also used in other rituals 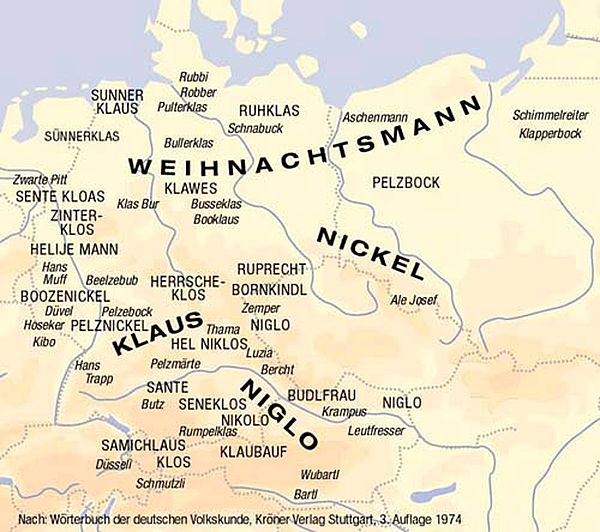 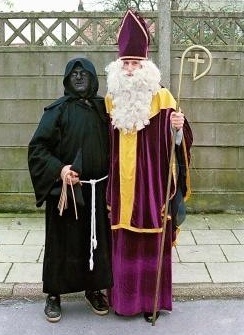 Pere Fouettard from France (a dark face, a whip, also known as vader Geselaar in Belgium) 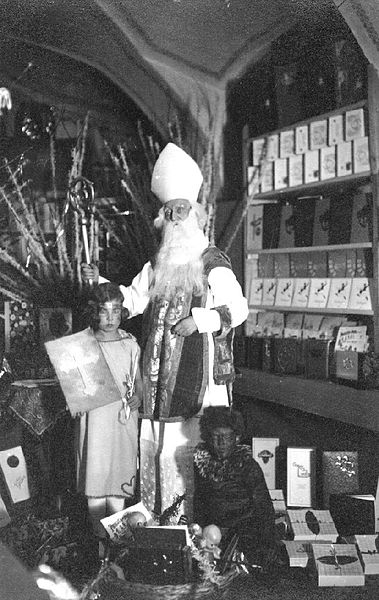 1944 (or potentially even 1920) a Slovenian Saint Nicolas with his dark servant Krampus, that wears a curly Whig and horns. Please pay also attention to the collar, where we see a close link with Black Pete. Also here we see the black face and a basket or sack. Furthermore, the Saint is accompanied by an angel. 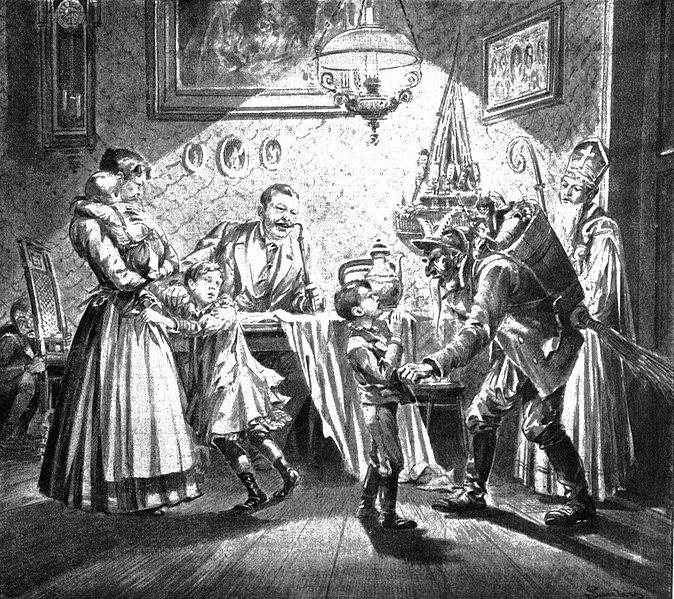 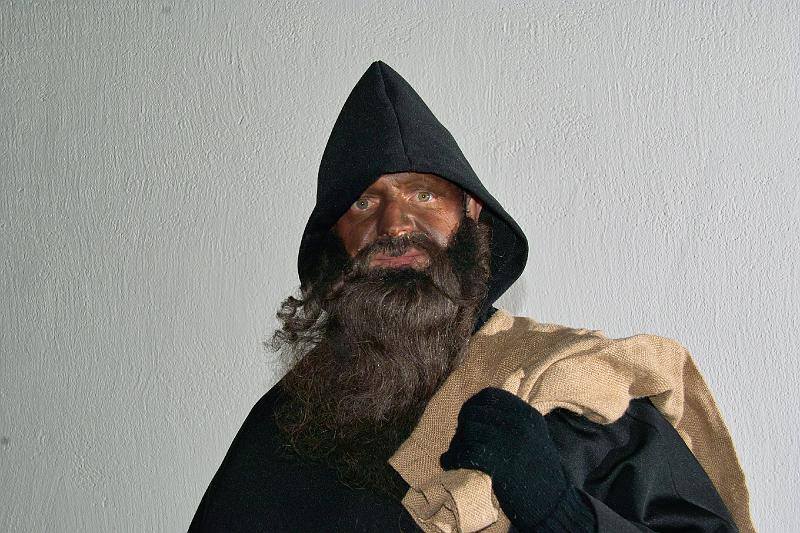 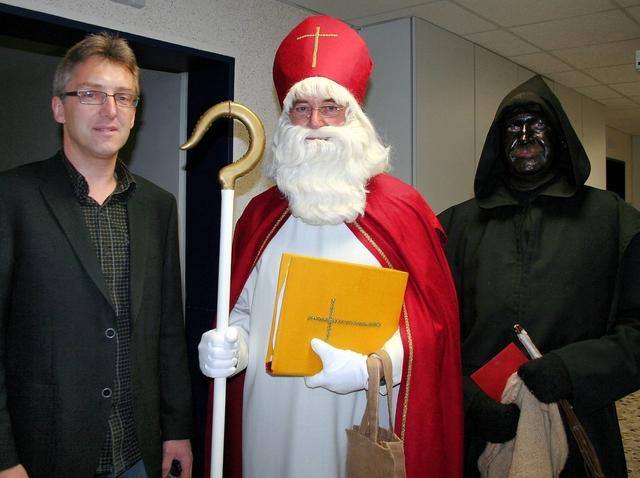 Another Nicolas and Ruprecht in Germany 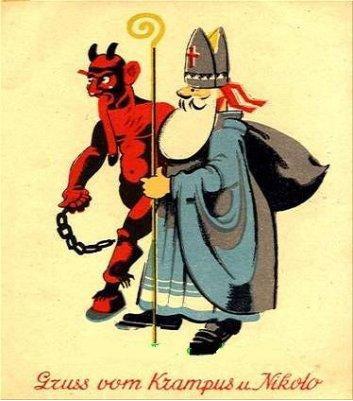 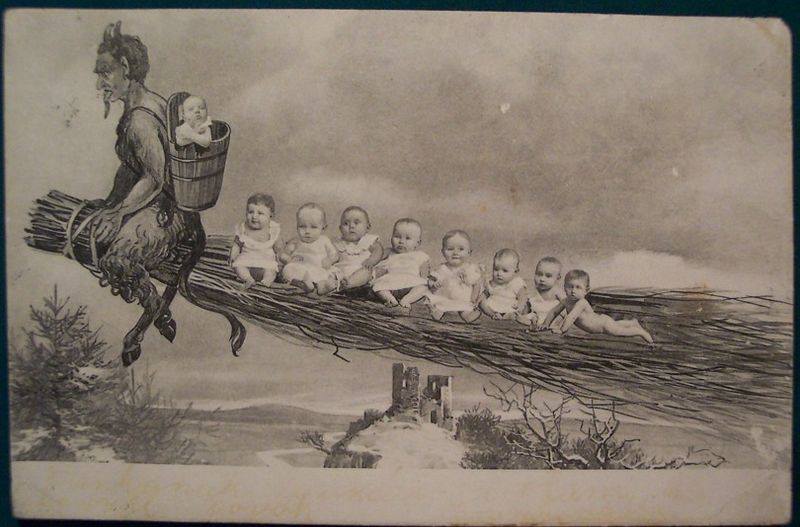 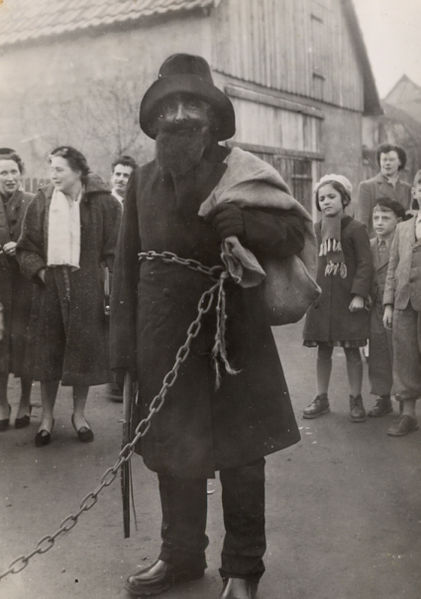 Hans Trapp from the Alsace (a German/French area near the German border), dark face, sack, chain and rod. 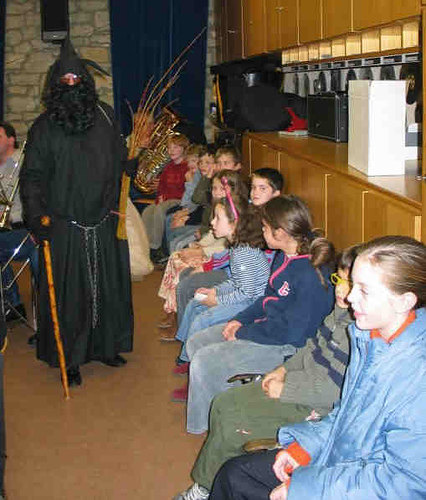 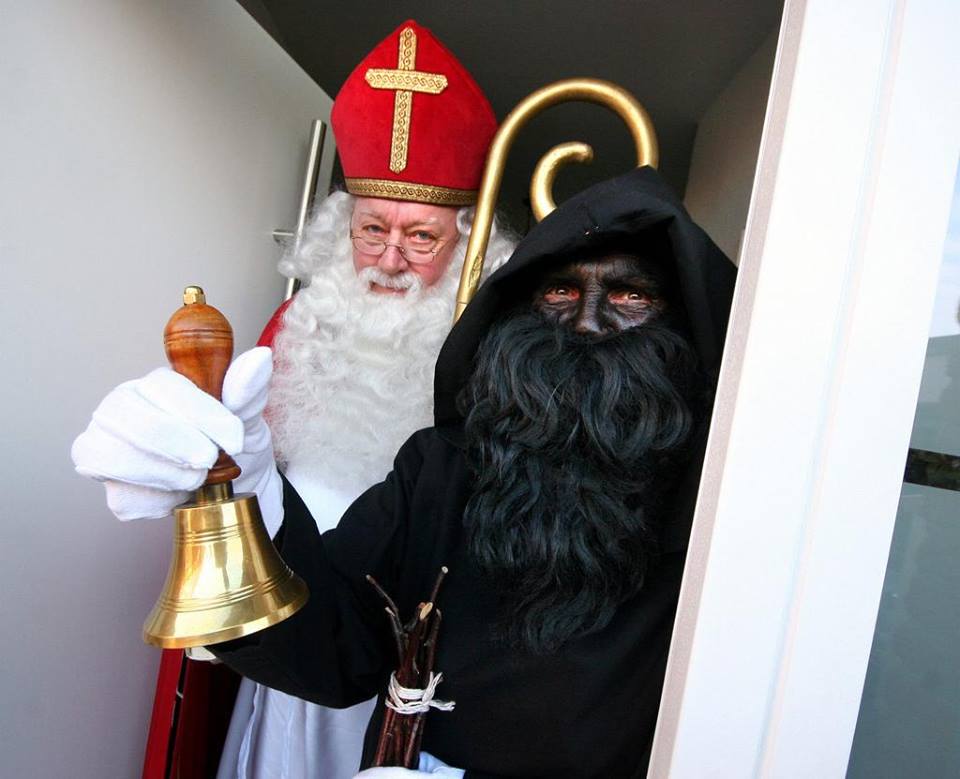 Nikolaus and servant Ruprecht, from Germany, black face, roe (and a bell). 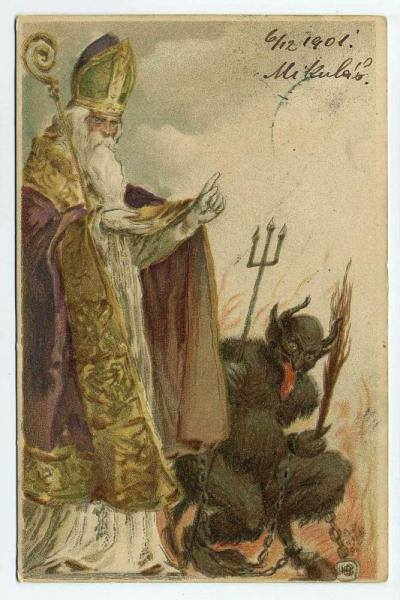 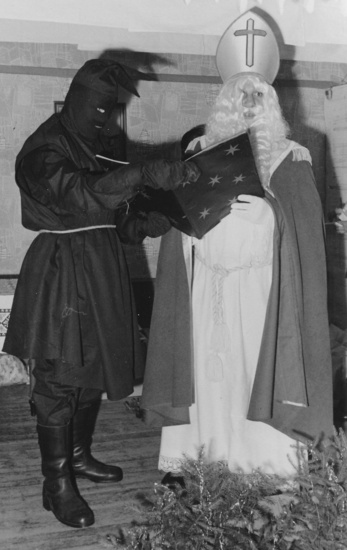 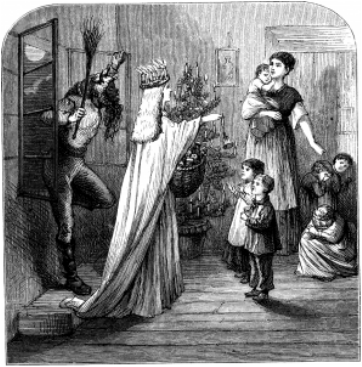 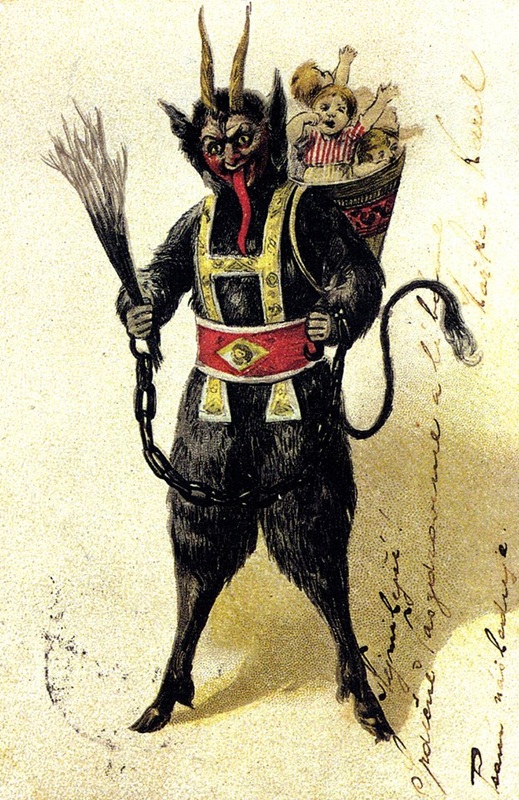 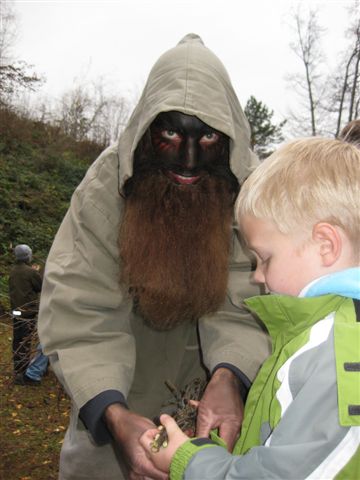 Schmutzli from Switzerland, black face and hands and a sack.